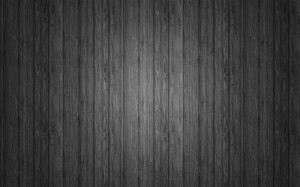 In 1972 Fernandina Beach was blessed with the opening of a Standard Oil full service filling station. Mr. Ray Mullis, otherwise known as “Big Ray” was the founder and proprietor of the business. Years went by, the island changed, the island grew, the island flourished with tourism. To this day, this Exxon station still lies on the corner of Beech Street and 8th Street. Not to be left behind with the times, this quaint full service filling station changed as well. The cars still flock to this location, but not to buy gas. The patrons come in droves to experience the Mullis family menu. Yes, this old service station is now a restaurant serving breakfast and lunch 6 days a week.

In 1988 T-Ray Mullis, “Big Ray’s” only son had begun a family and went to work for his Dad at the service station. T-Ray while growing up had worked for many local eateries on the island as well as being a lifeguard, but agreed with his father that he should learn the “family” business running the Exxon Station. T-Ray’s hidden passion was starting a restaurant of his own, so after several long years, he talked “Big Ray” into letting him start serving sandwiches out of the station. The Exxon station began making a transformation, slowly but surely. T-Ray, friends & family all worked on these transformations after hours and T-Ray’s Burger Station was soon to be born, along with the slogan: “EAT HERE AND GET GAS!”

In 1998 licenses were obtained, equipment was purchased, interiors were ready and this still well-known and functioning full service station became a restaurant as well. The “Grand Opening”, July 3rd to be exact, was celebrated with T-Ray’s being strictly a take-out joint. No advertising & no sign (other than Exxon), T-Ray relied only on word-of-mouth. This was the place for locals to get lunch. One day a regular customer came in and asked T-Ray if he could eat there. T-Ray, looking puzzled as there was nowhere to sit watched this customer go outside & grab a small white table out of his pick-up truck along with two mismatched chairs and plopped them in the middle of the service station. The first “dine-in” customer. A family affair.

NOW – National recognition. Over the years the restaurant has flourished, still with no formal sign and no advertising. The locals kept coming back and word began spreading to the tourists. A nationally recognized food critic who resides on the island wrote an article on the restaurant, then many other publications followed. Southern Living has mentioned T-Rays. The Washington Post spoke about the restaurant & USA Today named T-Rays on the list of the 50 Best Burger Joints in America. By the way, the table that customer brought in 15 years ago still resides in the restaurant. I’m sitting at it right now while writing this.